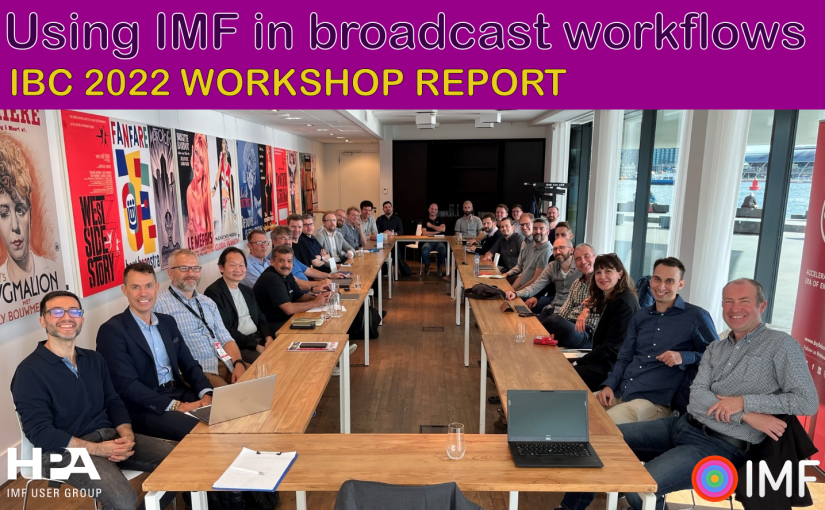 The HPA IMF UG hosted a workshop at IBC 2022 where 34 stakeholders from the broadcasting community, representing both users and suppliers, explored using the Interoperable Master Format (IMF) as the source content format in broadcast workflows. This report summarizes their discussions.

The broadcast community is facing a transition from HD to UHD programming. This transition requires a new program exchange format but also offers the opportunity to upgrade workflows so that they are more efficient today and more resilient to future requirements. For example, the time and cost involved with re-delivering complete programs when only a small part is defective is amplified by the larger size of UHD programs.

The Interoperable Master Format (IMF) is a worldwide standard for exchanging and archiving TV programs, movies, and ads. It is component-based: audio, video and access services files are stored separately and synchronized on a common timeline using a single playlist file.

IMF is deployed today, both in internal workflows and as a delivery format by large content providers and broadcasters: Netflix, BBC, Disney, Deluxe… Several attendees indicated that they are actively evaluating it.

IMF supports UHD today and is implemented by a wide range of commercial and open-source tools, including mastering, QC and transcoding tools. For example, the recent addition of an IMF demuxer to the FFmpeg, Avisynth and VapourSynth open-source toolkits has significantly reduced the barrier to adopting IMF.

IMF allows the re-use of components across deliveries and versions, reducing QC, making deliveries faster and requiring less storage for archives. One participant reported that they had saved 40,000₤ in QC costs alone by avoiding having to QC multiple times components shared by multiple deliveries. Component-based delivery and storage is also particularly attractive for cloud-based applications where bandwidth is limited.

While the IMF technology is mature, there is still little operational familiarity with component-based media processing and IMF is often used as a flat linear mezzanine, creating an obstacle to realizing the full benefits of IMF. For example, while IMF carries rich metadata that allows the location of color bars or candidate commercial insertion points to be identified, the automated use of such metadata during playout is not common practice.

Participants highlighted that it is preferable to modify one’s workflow to take advantage of component-based media, and thus of IMF, instead of shoehorning IMF into existing linear workflows. Such a transition should be planned over 2 to 3 years and account for education and onboarding.

It was also noted that several traditional playout and media server vendors do not support IMF, despite IMF using many of the technologies (playlist and MXF files) that they are familiar with.

It is unlikely that IMF will displace current formats and practices for HD. It was however emphasized that the future is not flat, and that IMF allows a broadcaster to both transition to UHD today and be prepared for future technologies. The future might include, for example, object-based media as identified by Ofcom, rights metadata or access services such as sign language.

Now is therefore a good opportunity for the broadcasting community to collaborate around developing best practices for component-based workflows and develop delivery specifications around IMF.

Many thanks to Ateliere and Deluxe, who kindly sponsored the location and catering, and to our program committee: Andrew Dunne (chair), Julián Fernández-Campón, Kirk Bradford, Laurence Stoll, Mark Pascoe and Simon Thompson.

Looking for an introduction to IMF from industry experts? Check-out the recording of the March meeting of the SMPTE Hollywood section.

Thanks to Linda Rosner at #smpte and our speakers (Carlos M. Carmona, Bruno Munger, Bill Admans and Randy Reck) for a successful panel on Standardizing Digital Content Delivery with IMF at #nab2022. Join us to get involved!

Component-based workflows are taking hold, but with many workflows remaining on-prem only and with significant investment planned ahead. Join us, see the details results of the survey and drive the future of professional media workflows. 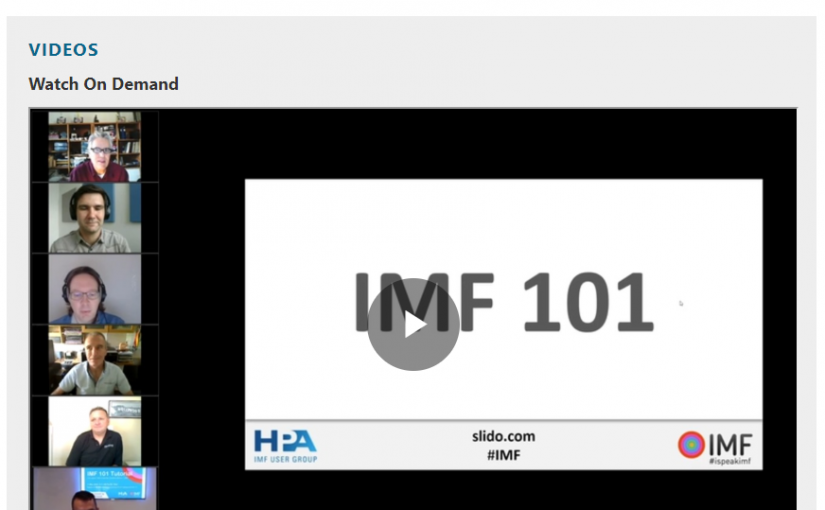 #nabshowexpress is live! Sign-up and watch our IMF 101 tutorial and Q&A. Learn about the Interoperable Master Format. Hear answers to tough questions like: “is IMF really interoperable? 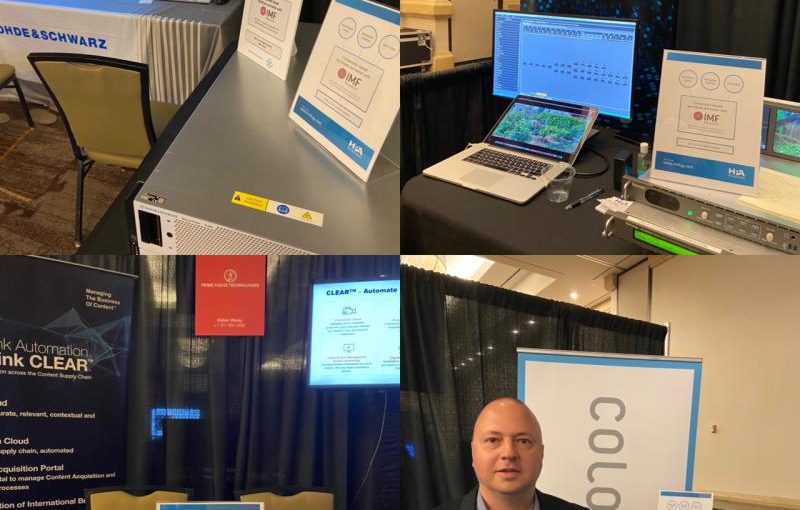 Below are the IMF UG members you missed in the Innovation Zone @ #hpatechretreat 2020. See you next year!

A recording of our IMF 101 Tutorial session at IBC 2019 is now available! Learn about IMF through an overview of the standard and product tutorials.

By continuing to use our website, you consent to the use of all cookies. Do not sell my personal information.
Manage consent

This website uses cookies to improve your experience while you navigate through the website. Out of these, the cookies that are categorized as necessary are stored on your browser as they are essential for the working of basic functionalities of the website. We also use third-party cookies that help us analyze and understand how you use this website. These cookies will be stored in your browser only with your consent. You also have the option to opt-out of these cookies. But opting out of some of these cookies may affect your browsing experience.
Necessary Always Enabled
Necessary cookies are absolutely essential for the website to function properly. These cookies ensure basic functionalities and security features of the website, anonymously.
Functional
Functional cookies help to perform certain functionalities like sharing the content of the website on social media platforms, collect feedbacks, and other third-party features.
Performance
Performance cookies are used to understand and analyze the key performance indexes of the website which helps in delivering a better user experience for the visitors.
Analytics
Analytical cookies are used to understand how visitors interact with the website. These cookies help provide information on metrics the number of visitors, bounce rate, traffic source, etc.
Advertisement
Advertisement cookies are used to provide visitors with relevant ads and marketing campaigns. These cookies track visitors across websites and collect information to provide customized ads.
Others
Other uncategorized cookies are those that are being analyzed and have not been classified into a category as yet.
SAVE & ACCEPT